What is a Vegan?

Contents hide
1 What is a Vegan?
2 Do Vegans Avoid Other Things?
3 Why Be a Vegan?
4 Are There Vegan Celebrities?
5 Actors & Singers
6 Sports Stars
6.1 Football
6.2 Tennis
6.3 American Football
7 What is a Vegan?

What is a vegan anyway? A vegan is a person who chooses not to eat anything that comes from an animal. This includes meat, fish, dairy products like milk, cheese, yoghurt, butter and ice cream.

Vegans also don’t eat other animal products like eggs (from birds), honey (from bees) and gelatin (from animal bones – it is in Haribo and other sweets).

This may sound scary if those are your favourite foods but guess what? You can STILL eat those foods when you are a vegan because you can buy vegan meat, dairy products, sweets and chocolate from the supermarket- Yay!

You can buy and make:

Do Vegans Avoid Other Things?

Yes, vegans choose not to wear clothing made out of animal products such as leather, wool and silk.

Vegans also choose not to give money to organisations that exploit (or use) animals for entertainment or science. This includes zoos, aquariums, and products tested on animals or that use animal ingredients, such as bubble bath or shampoo.

Don’t worry, you don’t have to do all these things at once! Many people start with what they eat because that is the easiest and most effective thing to do. And it’s yummy!

Some people only do vegan food and don’t worry about the other stuff. That is called eating a plant-based diet. People who do this are usually interested in going vegan for their health or the environment and are not as worried about animal cruelty.

It is up to you how many of the vegan things you want to do – you can just eat a plant-based diet or you can live a fully vegan lifestyle! And remember, you don’t have to do everything at once. It is perfectly okay to make small changes, you are still helping yourself, animals and the planet.

You may want to start by becoming a vegetarian – a person who does not eat meat but does eat dairy, eggs and honey. That is a great thing to do and you will still be helping animals and the environment.

Why Be a Vegan?

Now we have answered the question ‘what is a vegan,’ let’s look at the reasons why people are vegan.

Some people want to help the environment because animal farming is causing a lot of damage to our planet.

Other people choose to stop eating foods that come from animals because they love animals and don’t want to harm them. It may not seem like eating dairy products harms animals but it does. These animals (mostly cows) suffer more than the animals that are used for meat.

Are There Vegan Celebrities?

Yes, there are many celebrities and famous people who choose to be vegan for the healthy super powers and their love for animals and planet earth. Here are some people you may recognise:

There are many sports stars and top athletes who eat a vegan diet to get those veggie super powers! These include 7 x Formula One world champion Lewis Hamilton and world heavyweight boxing champion David Haye.

“Apes are 20 times stronger than humans and they don’t rely on a meat-based diet. They eat plants all day long. It’s a myth that you need meat for strength.”

15 members of the Tennessee Titans

What is a Vegan?

Now when your friends ask you the question ‘what is a vegan,’ you can tell them a vegan: 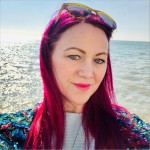